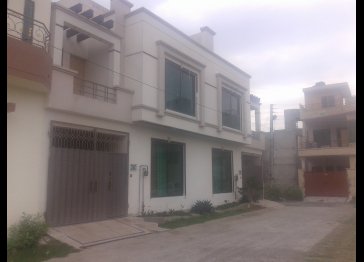 Pakistan - a cradle of the ancient civilizations

One of the most outstanding countries of the Asian region is Pakistan. The country has emerged as a result of political separation of the Indian subcontinent in 1947 and gaining an independence from the British Empire. A further split-up of the newly transpired state led to the appearance of Bangladesh from the eastern part of Pakistan and the western one to become what we now know as properly Pakistan. A number of ancient cultures have resided on the territory of Pakistan. Moreover, as time passed, different dynasties and empires took possession of the region; among them were the Persians, the Mongols, the Sikhs and the British. Nowadays Pakistan is an active member of the international community and a very popular destination for tourism. Check our section for houses in Pakistan and see how it influenced the availability of inexpensive and comfortable accommodations.
Being friendly and hospitable as any Asian country, Pakistan still remains an Islamic republic. Read some useful information we picked for you to feel at ease when visiting this wonderful country.
The diversity of cultures, peoples and landscapes is the main reason tourists come to Pakistan. The mountain system of the country offers quite a variety of challenges for mountaineers and cave-lovers. Five of world’s fourteen mountain peaks that surpass 8000 meters belong to the mountain chains of Pakistan, the famous K2 being one of them. The highest mountain pass is Shandur Pass, which is often referred to as the Roof of the World. If you prefer to go deeper rather than higher, see the Mangocher Cave, which is a place of natural decoration. The provinces which have the most mountain passes are Balochistan and Khyber Pakhtunkhwa. But don’t think that Pakistan means only mountains and caves, as there are other attractions too.
One of the best places to see in Pakistan is Mohenjo-Daro. It is one of the earliest urban settlements in the world and a heritage of the Indus Valley civilization. It has been presented in the UNESCO World Heritage List since 1980. It is also worth saying that the fourth highest temperature on Earth was recorded in Mohenjo-Daro. In the times of the ancient civilization it was one of the administrative centers, and even the most developed city presumably in the world. It was carefully planned and built, as it was of the highest importance to the people of the Indus Valley. Nowadays it is a developed archaeological site, which is extremely preserved and protected mainly from the floods.
Punjab, the second largest province in Pakistan, will marvel you with religious diversity and well-preserved legacy of the ages. A lot of sights are scattered throughout its territory. This region was a witness to one of the greatest and most fearsome battles of Alexander the Great – The Battle of the Hydaspes River. And the city of Lahore is known as the Cultural Heart of Pakistan due to a plethora of architectural and cultural heritage. Guru Nanak - a founder of Sikhism – was born in Nankana Sahib, which is a great place of worship these days. The area of Punjab tends to become more desert from north to south. The southern city of Multan is a home to the mausoleum of the Sikh saints. And finally there is Lal Suhanra National Park on the outskirts of the city of Bahwalpur. Consider all the places of attraction and see if you like any of Punjab vacation rentals offered on our site.
While being highly cultural and traditional, Pakistan is a poor country, and the tourism industry is yet to show its best. But there is still much to enjoy now, so don't hesitate to plan your Pakistan vacation!